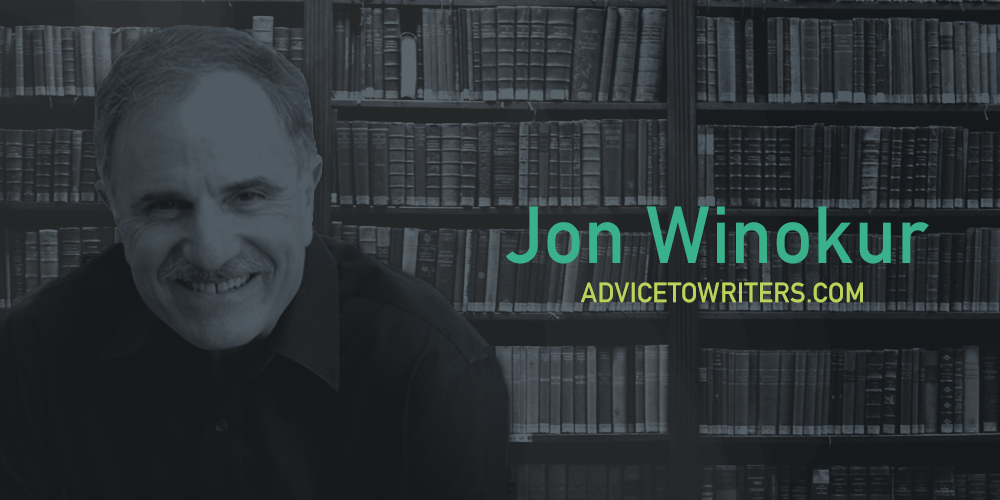 In 1988, Jon Winokur was an emerging author with two published books to his credit. His latest release was The Portable Curmudgeon, a quirky collection of quotes, profiles and interviews from the world’s greatest cynics, critics and grouches, from H.L. Mencken to Groucho Marx. The book was by no means a best-seller. With a modest number of copies in print, it showed no signs of exploding in popularity. This would change overnight.

One day Jon’s phone rang and the caller was James Garner, then best known for his TV role as a private eye in The Rockford Files. Jon had been a fan of Garner’s since childhood, so he was both stunned and thrilled to hear from one of his heroes.

Garner had recently been in the hospital recovering from open heart surgery. By chance, someone had sent him a copy of The Portable Curmudgeon and he absolutely loved the book. Once Garner got out of the hospital, he looked Jon up in the phonebook and was calling to say how much the book had meant to him.

“I picked up the phone and heard, ‘Is this Jon Winokur? This is Jim Garner, I’m an actor,’” Jon fondly remembers. “He then said, ‘I just wanted to tell you that your book really cheered me up and helped me through a tough period.’”

Garner’s love of the book then went to a whole new level — and helped revitalize Jon’s career in the process. Three weeks after their phone call, Garner appeared as a guest on The Tonight Show, then hosted by Johnny Carson. This was during the golden era of the show, when an author appearance could launch a book and even a career. For Garner’s spot, he brought The Portable Curmudgeon along with him. He and Carson then spent three segments discussing the book!

“It put The Portable Curmudgeon on the map,” Jon says. “Sales spiked, and it’s still in print today.

The success of The Portable Curmudgeon gave Jon the momentum to continue working as a writer, and to date he has published more than 25 books.

Jon has been fascinated with the art of writing since he was 13. Specifically, he wanted to know how the greats did it. Part of this fascination included watching and reading interviews with authors whenever possible and pulling the most interesting quotes. He eventually organized and published them according to various themes in books like Zen To Go and Advice to Writers.

As time went by, Jon maintained his connection with James Garner and the two became friends. Years later, Jon wondered why Garner had never published a book about his life and asked him about it.

“One day I questioned why he never wrote a book and he said, ‘Oh, nobody would be interested in me,’” Jon recalls. “I knew him well enough at that point to know that he wasn’t being disingenuous, he really felt that way.”

Jon knew that others would be interested in Garner’s life story, and he eventually persuaded Garner to write one together. They published The Garner Files: A Memoir in 2012.

On the heels of that book, Jon received a call from another Hollywood legend — Burt Reynolds. Reynolds was also interested in writing a memoir and had liked Jon’s work with Garner, so he asked him to collaborate. That book, But Enough About Me, is set for a November 2015 release.

In 2009, Jon thought that it would be fun to put the thousands of quotes that he had spent decades collecting online.

“The catalyst was Squarespace — for which I am not a paid endorser — but Squarespace made it so easy,” Jon explains. “I know nothing about coding, goodness knows, but it all came together quickly with their drag-and-drop system.”

After creating his site, the next step was finding a great domain name. Having written a book called Advice To Writers nine years earlier, Jon sought the corresponding domain name, which miraculously was not taken yet.

“I remember the moment of suspense when I was checking to see if it was already taken and thinking, ‘Please let this be available,’” Jon recalls.

Since launching his website, Jon has published an inspiring quote every day in addition to an exclusive writer interview every week. There are also links to writing resources and recommended books on the art and craft of writing. This simple concept has resonated with many people, and the site has slowly but surely inspired more and more writers work to on their craft. As of this writing, the site’s Twitter feed has over 200,000 followers.

“It’s opened up whole new worlds to me,” Jon says. “It’s been a marvelous way to participate in the conversation.”

Perhaps even simpler than the site’s concept are the tools that go into running advicetowriters.com:

Having spent an entire career curating great writing advice, perhaps no one is better equipped to dispense it than Jon. If you’re an aspiring writer, Jon has no problem thinking of what advice he has found most often in his research:

“I think the most important piece of general advice is that you cannot be a writer unless you’re also a voracious reader,” he says. “Reading gives you an ear for the way good writing is supposed to sound. The job is hard enough, but without a lifetime of reading under your belt, it’s almost impossible.”