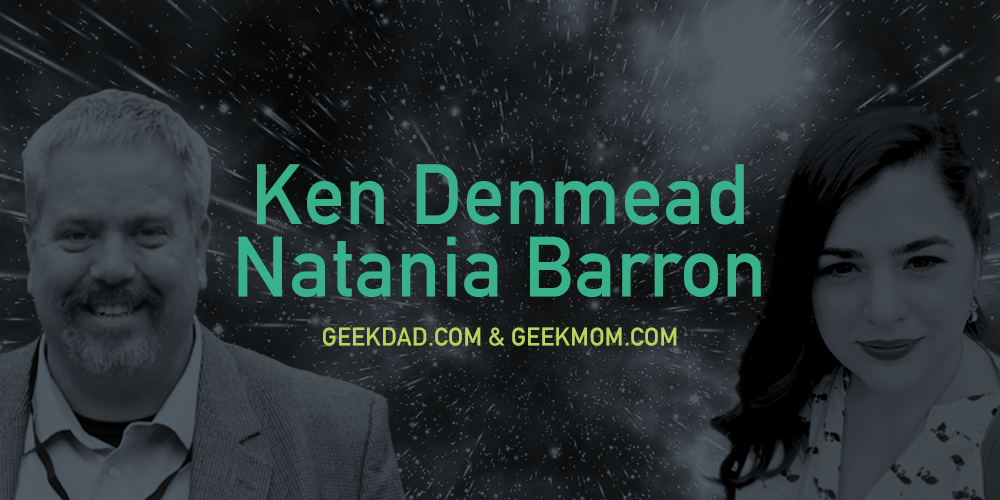 It’s a great time to be a geek. Not too long ago, it used to be that if you were passionate about something that was outside of the norm, you needed to hide this from others at all costs; otherwise, you risked being made fun of by those around you.

“When I was in school,” recalls Natania Barron, founding editor of GeekMom, “I was hiding the Narnia books under my bed because people would make fun of me.”

This story was all too common, but would forever change once the Internet came along.

GeekDad and its spinoff blog GeekMom provide the communities that its readers lacked as kids. Now with children of their own, the sites’ writers and readers use the blogs as a place to geek out about technology, books, TV shows, parenting tips, and anything else that comes along with being a modern mom or dad.

What Is A Geek?

Many people think a geek is someone with a bad haircut reading science fiction with glasses that have tape in the middle of them. While this may be one type of geek, it is not the only one.

“A geek is somebody who gets a little bit obsessive about the things that they love, sometimes to their own social detriment,” explains Ken.

With this definition, you can be a geek about pretty much anything.

“You can be a basketball geek,” Ken elaborates, “which means you can rattle off stats from 1963 off the top of your head.”

GeekDad was created in 2006 by Chris Anderson — former editor-in-chief of Wired Magazine and current CEO of 3D Robotics — who eventually handed the reins over to Ken in 2007. As the blog’s community grew in size, many enthusiastic readers from all over the world started contributing as well.

At a certain point, Ken noticed that despite the blog being called GeekDad, there were a substantial number of women not just visiting the blog but writing for it as well. Natania was one of these contributors. In 2010, the site branched off to form GeekMom, a place that Natania and other moms from GeekDad could call their own.

Despite having their own strong communities, it can still be a challenge competing with the larger blogs out there that have millions in funding and round-the-clock editorial teams.

“In some ways it’s hard for us to compete against a lot of these big sites where they’re not parents,” Natania reflects. “They don’t have kids and so they’re able to do things like see a movie on premiere night.”

This, however, hasn’t stopped them from cultivating a loyal readership and making meaningful connections with people.

One recent example of this is an article that was posted on GeekDad called Dyspraxia: A Primer for Geeks, in which Russ Linton writes about discovering that his child had dyspraxia and that he himself might have had it when he was young as well. The article prompted many readers to write in the comments how much the article meant to them and share more information.

Another example is with Natania and her son who has high-functioning autism, which she has blogged about numerous times. Her son’s favourite band is Keane, which Natania wrote an article about (called Somewhere Only We Know: Music, My Kid, and Keane) and how the band’s music was a common ground between the two of them. The band then found out about the article and posted it on their site. Then, when Natania and her son went to their concert, the drummer was tweeting at them while they were in the crowd.

“It’s crazy,” Natania reminisces, “how many kids can say that the drummer of their favourite band was giving them a shout out from the crowd?”

As evidenced by the community of writers that both GeekDad and GeekMom have, Ken’s advice for aspiring bloggers is that strength is in numbers.

“If you can, don’t do it by yourself,” Ken recommends. “Get friends involved and share the weight.”

He also cautions against dreaming too big and having reachable goals.

“Have realistic expectations for what you want to achieve with the blog,” he explains, “and how what you write about will differentiate you from the 100 million other bloggers that exist.”

Natania believes that trying to write the most interesting articles possible is ultimately what will help you succeed.

“Write really good content that resonates with your audience and you as a writer,” she urges. “At the end of the day, it’s going to be the thing that really moves the dialogue.”

“When people can tell that you’re passionate about what you’re writing, then that will be contagious,” Ken adds.

Join Ken, Natania and other great bloggers by getting your idea a unique domain name from Hover!