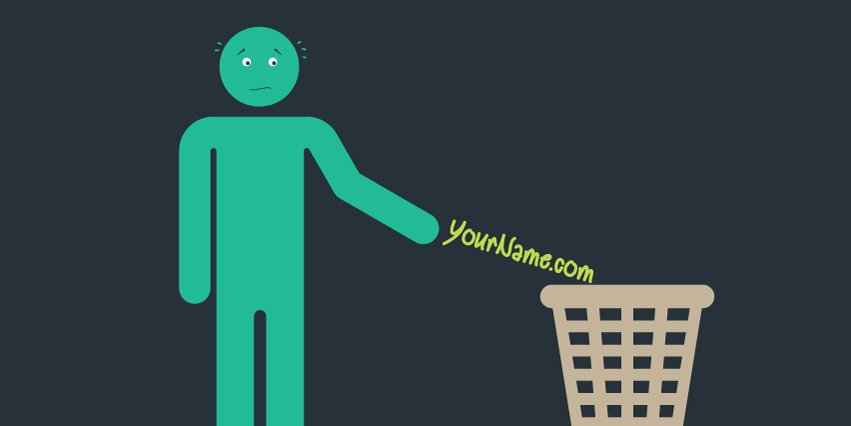 Let’s not kid ourselves: your name is everything, especially when it comes to your domain. It’s what sets you apart from everyone else. It’s what people think of when they want to connect. In many ways, it’s what makes you you.

For many, the idea of changing a domain name is sheer insanity. After all, why would you ever mess with the way people access your website? If you’re running a blog, social network, news site or other exclusively online service, then this is all the more concerning.

While there is no magic recipe for how to properly change your domain name, there are some great examples out there of websites that have succeeded with this frightening task. In fact, some of them were so successful that you might not even realize that they ever had a different domain in the first place!

According to Ezra Callahan, one of the first 20 employees at Facebook, the company always wanted to be “Facebook” instead of “The Facebook.” The problem was that someone was squatting on facebook.com, and the asking price was too much for the new company to shell out. Eventually, though, they caved and in 2005 spent a reported $200,000 to get their ideal domain name.

As Justin Timberlake Sean Parker said in The Social Network, “Drop the ‘The.’ Just ‘Facebook.’ It’s cleaner.” And dog gonnit, he was right. It’s hard to imagine a world where you would say something like, “promise me you won’t post that picture of me from karaoke on The Facebook.” Unless, of course, you were saying it in the cool ironic way.

Besides being aesthetically better, “Facebook” is also shorter than “The Facebook.” This can be helpful for domain names because, let’s face it, people are lazy and don’t want to do any extra work than they have to. Three letters might seem pretty trivial but having a shorter domain name certainly doesn’t hurt your chances of someone typing in your website.

In 2005, the New York Post sued Mario Lavandeira for infringing on its trademark “Page Six” celebrity gossip section because of his domain name pagesixsixsix.com. As if that wasn’t bad enough, he was apparently receiving death threats from Clay Aiken fans after insinuating that the singer was gay. So, for legal and safety reasons, a name change seemed to be in order.

Though changing the blog’s name from a play on one pop culture staple to another (Paris Hilton), the change to Perez Hilton ended up being one of the best moves that Lavandeira ever made for his blog. The name communicates that he is putting a spin on celebrity culture, and even gave him an alter-ego to do so under. The fact that he has become the go-to celebrity gossip source online – and earned a reported net worth of $30 million – certainly supports the name change.

Though twttr.com was its original domain, Twitter was always known as Twitter. At the time of its launch in 2006, twitter.com was already taken by a bird enthusiast. Eventually they had had enough of the vowelless alternate spelling and co-founder Evan Williams decided to pay up $7,500 to acquire the full spelling.

Don’t get me wrong, alternate spellings can be great (I mean, how cool is “sk8er boi,” am I right?). If it’s not what you really want, however, then it’s not a great feeling having to settle on something less than perfect.

PayPal was developed after x.com, an Internet financial services company, acquired Confinity in 2000. At the time PayPal was only a few months old, but x.com founder Elon Musk believed that PayPal’s money-transfer system was the future of the company. Eventually, x.com was renamed to PayPal and really started to take off in 2001.

There are many reasons why this was a great idea, but perhaps the best reason is that PayPal does a much better job of explaining what the service does than X. At the time the idea of transferring money from person to person was a new concept, so the name PayPal put a friendly spin on it and made it seem less scary.

In 2011, online retailer Overstock decided to shorten its domain to o.co in an effort to make it as simple as possible for people to get to its website. The company spent millions of dollars revamping its website, running TV ads, and even renaming the Oakland Raiders & Athletics’ stadium. to the O.CO Coliseum.

Why this wasn’t the best idea ever

Unlike the other examples in this article, this ended up being a bad move. As Overstock president Jonathon Johnson explains, “we were going too fast and people were confused, which told us we didn’t do a good job.” Eventually the company did rebrand, but did so at a much slower pace. The site is now called o.co, but there is an “also known as Overstock.com” just to be safe. The point is, even when things go wrong, that doesn’t necessarily mean that it will all go up in flames.

Would you ever change your domain name? Let us know in the comments!

Some images designed by Arthur Shlain from the Noun Project