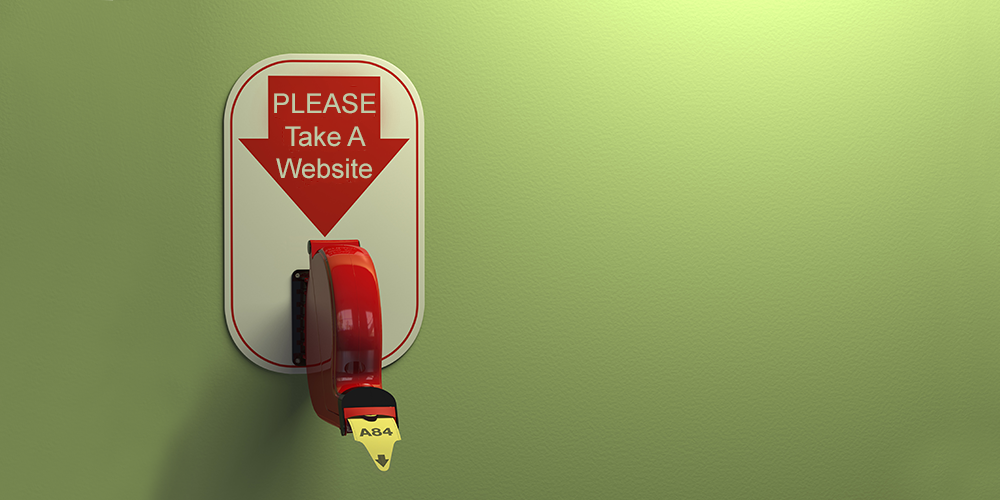 The Internet abounds with highly informative, multifunctional websites. Many of the most popular online destinations feature a bounty of valuable content and links to answer just about any question you can think of. And then there are single-serving websites.

A single-serving site is one that exists to do one thing and one thing alone. Ceaselessly entertaining, it’s a single domain with a single purpose. These sites range from the useful and interesting, to the absolutely random and pointless.

There’s something alluring about single-serving websites, isn’t there? You visit them knowing that they can’t take you anywhere and won’t deliver information on a myriad of subjects. It’s not trying to be anything else – it’s just there, doing its single-serving thing.

Here’s a collection of our favorite single-serving websites that can liven up even the dullest of afternoons:

Zombo has been mesmerizing visitors for almost 15 years. It was created in the early days of flash animation as a parody to websites that force visitors to endure a “welcome” video before actually reaching the home page. You may say Zombo lacks utility, but you could never say it’s not welcoming.

There’s nothing like the gentle weep of a trombone to follow up a failure or tragedy. Womp womp.

When you come across a website that refuses to load, it’s hard to tell if it’s a local problem with your computer or the site itself. Is there something wrong with your network connection? Do you need to adjust your security settings? Don’t worry, DownForEveryoneOrJustMe will let you know if the site is down for everyone or just you.

Ooooiiii.com belongs to a series of single-serving sites that plays a single sound or song. If you’re one of the 30,000 Facebook users who like Ooooiii, we bet you’ll love LaLaLaa too.

Ever wonder how many people are actually in space right now? Look no further.

Who could forget when Oprah gave free cars to her entire studio audience? The iconic giveaway prompted a series of memes and remixes celebrating the phrase “you get a car!” A parody of the footage was aired on Conan O’Brien’s late-night talk show, in which Oprah surprises her audience with a swarm of bees instead of cars. The bees and Oprah have lived at BeesBeesBees.com ever since.

When your friend asks you a question that is better answered by Google, LMGTFY is possibly the snarkiest and most passive-aggressive way to answer. Let Me Google That For You allows you to enter a search query for your friend’s question and provides you with a link to share with them. The link will open a short animation of the question being typed into the Google search box and generating the results.

For all those times your Mom told you not to play with your food.

DefiantDog is a single page of just that, a defiant dog. When you visit, you’ll be greeted by an adorable dog and a button containing the word “sit.” Presumably, clicking the button would command the dog to sit. Spoiler alert: It doesn’t.

If there was ever an 80s sitcom that needed a video game, it’s Perfect Strangers. On this single-serving site, you play the show’s lovable character, Balki, on a mission of collecting stars to achieve your greatest dream. The game is played to the nostalgic and inspiring Perfect Strangers theme song.

Most of the time, this site looks the same. But, we have a feeling it may look a little different on one special day of the year. IsItChristmas lets you know if it’s Christmas yet, conveniently in both English and French.