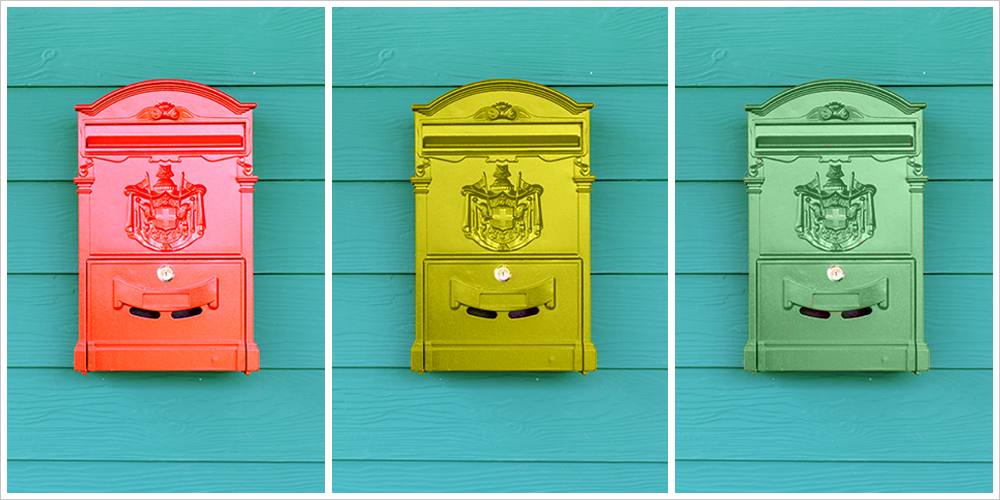 Whenever you get a new laptop, smartphone or tablet, what’s the first thing you do? Frantically tear open the packaging to get your hands on your shiny new gizmo, of course. But what’s the second thing you do? Set up your email.

Chances are that if you’re reading this article then you’ve run into an all-too-common problem when setting up your email address with a new program or device: you don’t know what to do. Specifically, it’s asking you about IMAP, SMTP, POP, Exchange, iCloud, Google and a bunch of other stuff that are leaving you scratching your head.

I know, I know, you’re in a hurry and want to be doing anything but setting up your email, but don’t overlook this step! Different options will result in different behaviour for your mailbox, some of which you probably won’t like. Luckily, your pals at Hover have got you covered. Read on to see what these all mean and choose which one is the right one for you to use.

Once an email is received, it sits and waits for you to access it with whatever program you use to send and receive your email (also known as an ’email client’). When you use POP, your email client will download your email from the server, after which it will be deleted from the server because it is now safely on your device. This is great if you only use one device to send and receive email; however, if you use multiple devices to check email (which is typically the case nowadays) then POP probably isn’t your best bet.

So why use POP? In the days of 50MB storage capacities, downloading emails to free up precious space on your server was essential. Also, Internet connections were painfully slow, so downloading email to your computer for later access instead of connecting to the Internet every time was a huge advantage. Now the difference is not as noticeable, but there are still reasons why you might want to use POP. If you receive a lot of emails with large file attachments, then using this protocol will prevent you from exceeding any storage limits that you may have with your email provider. Additionally, since emails are deleted from the server once they’re downloaded to your device, your entire email history will be safe from any hackers should they gain access to your account.

Internet Mail Access Protocol (IMAP) was created a few years after POP in 1986, though in many ways was designed for an Internet that would not become standard until many years later. Like POP, it is a protocol for receiving emails. Rather than using the server as a temporary storage point for your emails like POP, IMAP treats your email server like a cloud storage solution. The emails will stay there even after you’ve accessed them, and will remain there until you delete them.

IMAP is best suited for multi-device use because all activity will be synced across devices (e.g. if an email was read, deleted or replied to). You’ll also use up less space on your device because emails are stored in the cloud – perfect for mobile use. Finally, if all of your devices decide to stop working at the same time, you’ll have peace of mind knowing that your emails are safely waiting for you on the servers.

Using IMAP, you might start running into issues when you have a ton of saved emails and are approaching storage limits with your email provider. Also, you might be using an email client that does not allow all of your various email accounts to pull mail into a unified inbox (which POP allows for); however, with many email providers and clients nowadays these are becoming less and less of an issue.

At Hover, we typically advise people to choose IMAP because in the majority of cases it is the best solution. The cross-device functionality and added reassurance of having a cloud backup of your email makes it a no-brainer in the context of how we use the Internet these days.

Simple Mail Transfer Protocol (SMTP), developed in 1982, is a protocol that’s used for sending emails. Because it is focused on the sending of email, it is used in conjunction with another protocol like IMAP or POP, with IMAP/POP handling incoming messages and SMTP handling outbound messages. Unlike IMAP & POP, you don’t really have a choice on this one – if you want to send emails, you’ll have to SMTP to do it.

What about the rest?

There are many services out there that have their own protocols, such as Microsoft’s Exchange. What makes these services unique are the additional features that they offer, which vary from service to service. For instance, Microsoft Exchange makes it easy to synchronize not just email but contacts and calendars as well, particularly when using their Outlook client to manage all of these. Most will offer similar features to this, so it’s best to check with your email provider to see what goods they offer.

So there you have it! Hopefully this has helped clear all the confusion around IMAP, POP, SMTP & all the other options you’ve been presented with when setting up your email. If you have any more questions feel free to leave them in the comments below!