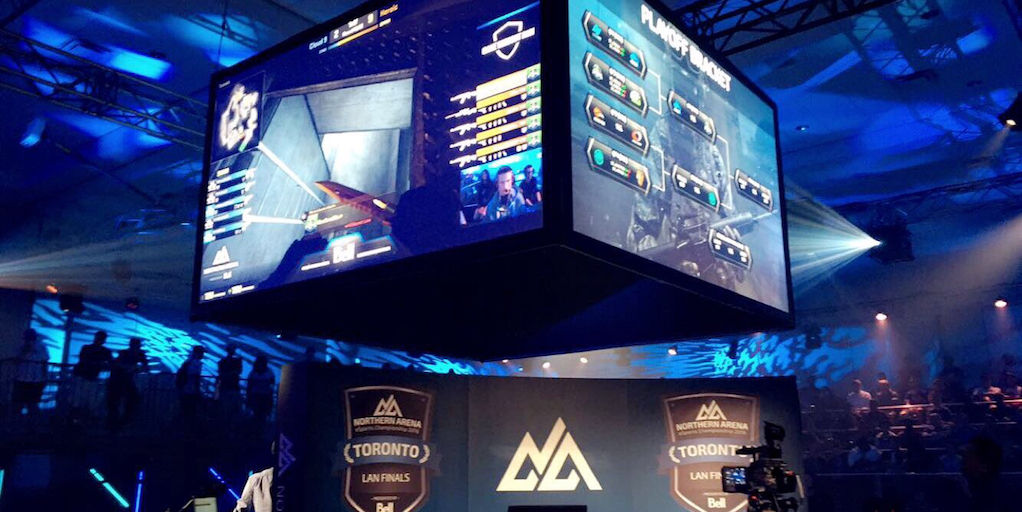 If you’ve been dreaming of entering the world of eSports, then you’re in the right place. Hover sits down to chat with an incredible streamer, hyperi0n, to find out how you can become a competitor in online gaming. She will be playing for the Ontario eSports League spring season in Overwatch this year!

How did you first get inspired to enter the world of online gaming?

When I was growing up, my parents had me on a computer very early, at age 2. They encouraged me to play around with the technology and get familiar with it. My mom was an early beta tester of Second Life and was very involved in virtual worlds when I was growing up. Seeing her take part in that was my first exposure to online gaming. I loved the immersion factor involved with it – watching her change her avatar’s persona at the drop of a hat was really intriguing.

I was never a console person, I was always into PC gaming, playing on my little laptop. One of the first games I started playing was probably Counter-Strike, and I was very involved in it as early as I could get my hands on it. I don’t play as much Counter-Strike anymore, but it’s nice to go back to into that world. It brings me back to my roots when I play it, since it’s a straightforward and simple first-person shooter with a large community. I would play COD with friends on their consoles, but otherwise, I was into PC.

“If you have the courage, a computer, and an internet connection: you can do it.”

What was the first game you streamed for a live audience?

Borderlands 1 was the first game I ever played on stream. We lived up north, at the time, and my internet was awful, and the streaming was low-quality, but I enjoyed it because I was interacting with my friends on it. It was really interesting to see the friends I used to talk with at my former university on my channel, watching me stream. Gaming and streaming are so connective – you have this whole platform of interactions when people are watching you play, which is so cool.

After that, I moved onto streaming groups, where I played online with friends in Portal, Borderlands 2, and other multiplayer non-competitive games. Others that we played were Dead by Daylight and Dead Realm – horror games. Playing with friends on stream for horror games always elicited a hilarious response. My viewers loved watching me freak out when playing these games.

Currently, I’m streaming mostly Overwatch. It’s a very oversaturated market on Twitch, because everyone’s playing. For me, it’s not about being the biggest channel, it’s about playing games I enjoy. The few people who know who I am and watch me stream are invested, and I get to interact with them regularly. You may not see my channel in the trending list, but it’s fun to play with friends and have friends connect with me through gaming.

What was the best recommendation for a game you received, thanks to your streaming community?

When I first started streaming, people were recommending cool games to me and I honestly would not have tried these games if it hadn’t been for them. An oldie, but a goodie – I didn’t start playing World of Warcraft until my streaming audience started encouraging me to join guilds. I started playing it and it became a place where I could relax and detach from the reality. Another great recommendation was Torchlight 2, which I compare to Diablo. I find it easy, chill, and a calming game to play. It allows me to explore the world and take part in side quests, without the need to be incredibly invested.

“Gaming and streaming are so connective – you have this whole platform of interactions when people are watching you play, which is so cool.”

How did you get involved in esports and what are the biggest restrictions from entering?

I got involved in esports last year. I haven’t participated in any big tournaments, but here and there I have attended local tournaments, to play games like Hearthstone and Overwatch. I gained an interesting perspective during my time on a coverage crew and editor for Team Liquid and GosuGamers. I used to be on the Counter-Strike:Global Offensive coverage crew, and one thing that I noticed within Counter-Strike and eSports, is that there is a huge lack of women in competitive gaming. It’s not that there aren’t women trying to participate – but you notice a lot of abuse, stereotyping, and having their validity as a gamer constantly questioned. When I play Counter-Strike, I turn off voice communications so that people can’t hear that I’m a girl and judge my playing style in advance.

Thankfully, I have also noticed that the industry is changing. A woman named Geguri is a very successful competitor, earning a hefty salary and gaining publicity as a competitor in Overwatch League (a major worldwide tournament). I really started streaming because of the women who are intimidated by it. I have been intimidated and still feel this intimidation, but it’s important to fight for your rightful place. It’s cool to encourage others who may be intimidated by the idea, to be able to stream and compete. If you have the courage, a computer, and an internet connection: you can do it.

Is the landscape for women in gaming changing?

The landscape for women in gaming is definitely changing. We’re starting to see more female gamers crop up in North America. Scarlett is a really popular Starcraft player and has won global tournaments as a Canadian, which is super cool to see. You don’t often see females being taken seriously in North America for Counter-Strike, however. It varies on the game, but there’s currently a stigma about female streaming. You are often told you can never be a legitimate competitor or a force to be reckoned with in gaming. However, a lot more women are standing up for themselves and fighting back.

Despite this, recently there was a rant on Twitter about how females are taking away male popularity and taking away the business for males in streaming. The rant continued with how women are not true gamers and are only useful for their bodies. We’re told that we’re taking away attention from the “real gamer streams.” Seeing comments like that is hurtful and disheartening. 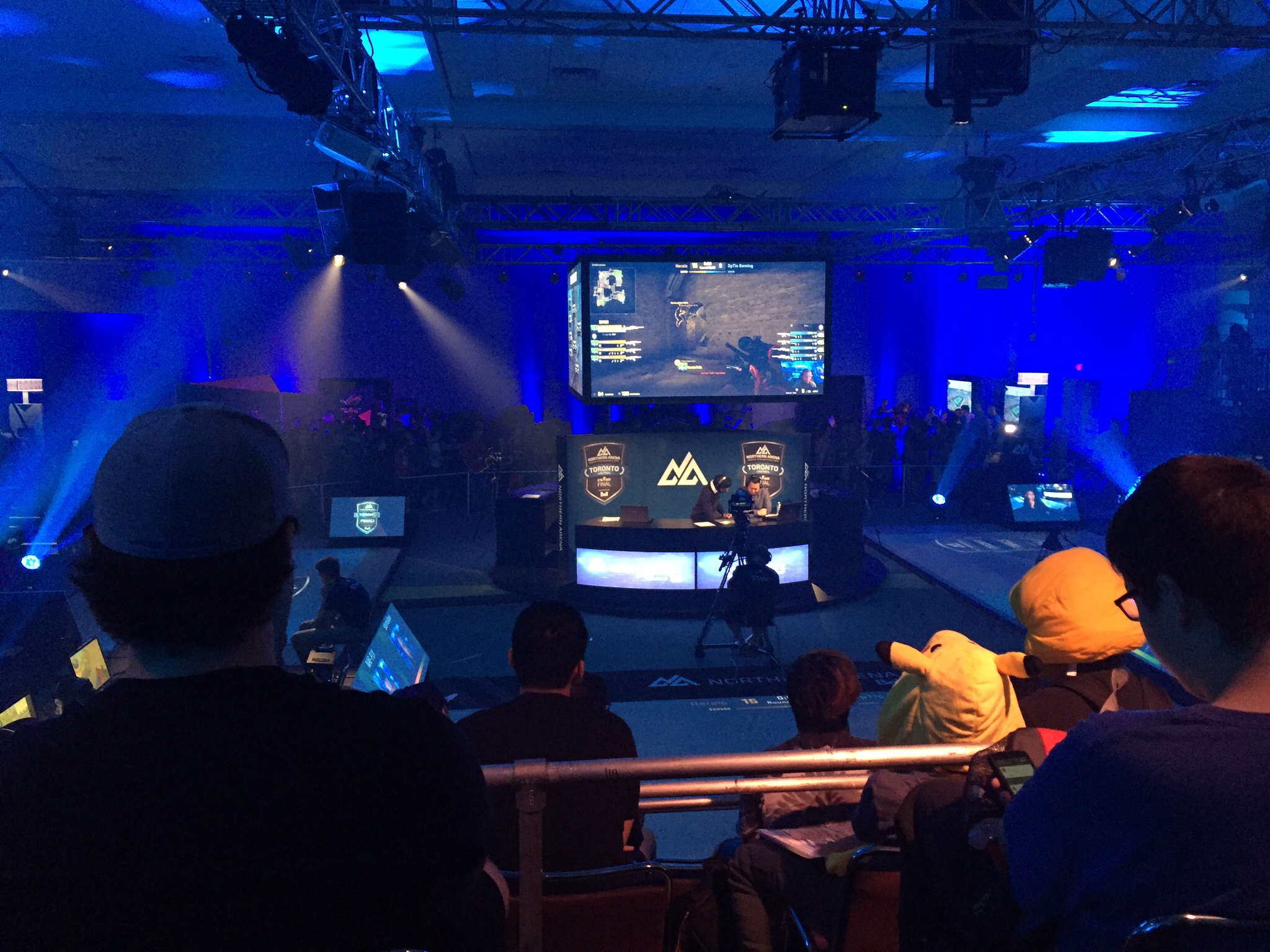 Who have you met through eSports/streaming that has acted as an inspiration for you?

One group that I have met a couple times at the big tournaments I’ve attended is the Counter-Strike team, Cloud99. I met their old roster, as they’ve changed over since, but they’ve acted as a huge inspiration. They’re a North American team making massive waves within the industry. They’re very popular and have millions of fans, however they remain very down to earth and love speaking with their fans at tournaments and over social media. Fun fact: former team member Shroud is one of the top streamers of all time on Twitch and has over 3 million followers – and he’s from Mississauga! #CanadianPride

I’ve also met some great casters, such as TRIEUCHAINZ and Athxna. Athxna is a major influence for me. She’s one of the only major Counter-Strike casters and she has made a name for herself in North America after spending a lot of her life in the UAE. She has been doing Counter-Strike for so long and she is very empowering. She dares to defy the stereotype of gamer girl and pave the way for others. All in all, I’ve met great casters and professional players.

What do you need in order to become a well-known streamer?

A big part of streaming is building a persona online. There are many communities online you can connect with – for example, I got involved very quickly with Twitch Kittens. Communities like these connect streamers and provide support to one another. There are a ton of organizations that do that.

You need to grow your numbers if you want to become a Twitch Affiliate or Partner. To do this, you need to network and talk to as many people as you can. From there, you need to connect people with your brand. A big part of how I did that was creating my own graphics on the Twitch channel and leading people to my social channels to further connect. My next step is to build a website around my brand with my team. The .GG domains and .LIVE domains are very popular in the eSports industry and gives you that extra reputability when you’re building your online brand.

Another step I took was writing for popular esports publications in order to volunteer and do coverage of events to gain some experience and knowledge. I met a lot of people that I currently still game with and it allowed me to really expand my personal online identity. It’s easy to get involved with that – just research who is offering volunteer or freelance positions for their publication. You can work remote and it’s awesome to take part in, plus gives you insight into how events operate and what you need to be competitive.

“It never hurts to get the perspective of other people.”

If you’ve never touched online gaming, where do you begin?

When I first started, the most helpful thing I did was watch streams from a variety of players, as opposed to just my favourites. You can certainly choose a couple and emulate those you enjoy watching, but I found that by viewing many different types of streamers, I gleaned a great insight into the world of gaming and streaming. I compared those without a large following to those with larger followings to see what they had or did different that led to their success. I played many different types of games, too. There are so many niche markets on Twitch, and there is room for everyone. There are streamers who solely work with RockSmith, creative programs like Illustrator and similar. Look beyond Twitch too, and follow YouTube gaming, Facebook live videos, and really gather a wide range of understanding. It never hurts to get the perspective of other people.

If you’re a future streamer ready to launch, check out our .LIVE and .GG domain names! They’re the perfect way to make a statement and put your streaming career online.