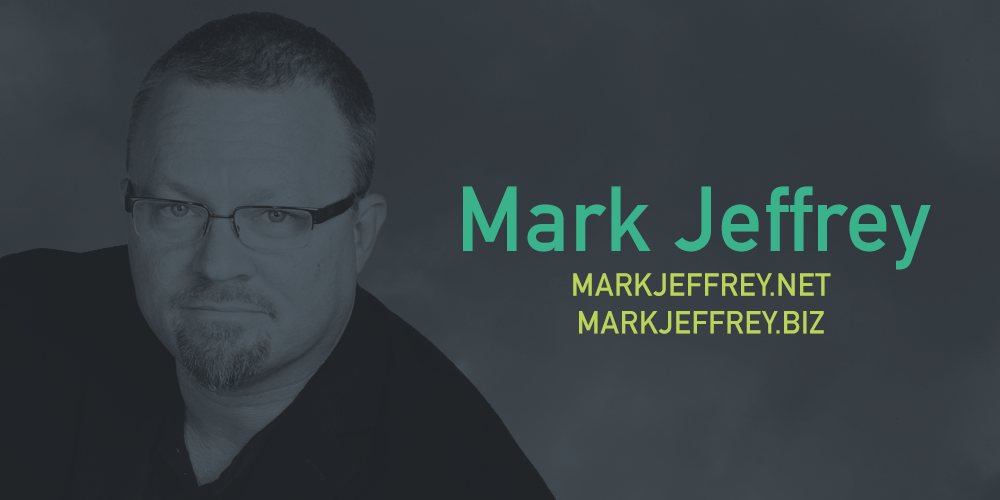 Mark Jeffrey has two personal websites, and if you didn’t know any better you might think that they were for different people who happen to share the same name. MarkJeffrey.net is for the author of the Max Quick adventure novel trilogy, while MarkJeffrey.biz is for a seasoned entrepreneur, speaker and consultant. As unrelated as they may seem, they do in fact belong to the same Mark Jeffrey, who uses the .net and .biz top-level domains to distinguish between his two identities: entrepreneur and novelist.

When diving deeper into Mark’s websites, the story begins to get even more complex. With seven books, a podcast and four companies under his belt — and even more on the way —Mark has always had a project on the go since founding his own company in the mid-1990s. We are proud to have Mark as Hover’s featured customer of the month and share his story.

When Mark graduated from the University of New Hampshire with a degree in Computer Science in 1990, the world of computers was a very different place. In fact, he almost scrapped his training altogether to pursue another career because computers weren’t all that interesting. It’s a good thing he didn’t because shortly afterwards the Internet came along and changed everything forever.

Seeing the potential that this new platform allowed for, Mark got to work and co-founded his first company, The Palace. The application was essentially the 1995 version of Second Life, where users could create avatars and chat with each other in a virtual world. It was well-funded by Time Warner, Intel & SoftBank, and amassed over 10 million users. The company was eventually sold to Communities.com — one of the earliest social networking sites — which freed Mark up to move on to his next venture.

With his earnings from The Palace, Mark founded his second company, SuperSig, in 1999. SuperSig made it possible for users to integrate web services into their email signatures. With $2.3 million raised and customers like Williams-Sonoma, LAUNCH and ITXC, the company seemed poised for success. Then the .com bubble burst and took SuperSig along with it.

“I was basically back down to zero and living on my friend’s boat,” Mark remembers.

During this time, Mark’s friend Travis Kalanick — now the CEO of Uber — brought Mark on board to consult for his company at the time, Red Swoosh for a year and a half.

“At the time Travis wasn’t paying himself so I helped move him home with his mom, which is hilarious to think about now since he’s one of the richest people in the world these days,” Mark reminisces.

During this downtime after SuperSig, Mark figured it was as good a time as any to pursue his other passion: writing.

“I was always afraid of being screwed and that’s why I didn’t write,” Mark explains, “so now that I had been, it seemed I really couldn’t lose anything more so I might as well give it a shot.”

He then started writing what would eventually become Max Quick: The Pocket and the Pendant, a young adult sci-fi novel about a teenager whose world changes one day when the rest of the world gets frozen in time.

Once the book was finished, Mark was frustrated with the long and uncertain process of trying to get it published. With his roots in the disruptive space that is the Internet, Mark figured there must be a better way. Mark’s friend, Evo Terra, offered the perfect solution: publishing the book as a serial podcast. Mark decided to give it a shot, and the experiment was a big success. The podcast ended up getting 2.4 million downloads, as well as praise from author Margaret Atwood and actress Abigail Breslin. All this attention eventually got Mark a publishing deal with HarperCollins.

The success of Max Quick enabled Mark to write two sequels in the series, as well as several other books including Prisoner of Glass and Age of Aether. After his first book, Mark went it alone and decided to start self-publishing.

“When you get down to it, the only thing a traditional publisher gets you is shelf space in Barnes & Noble, which is increasingly less valuable,” explains Mark. “Amazon has given us such opportunity in the self-publishing universe that you really can make your own way and there’s no reason to go with a traditional publisher anymore once you’ve made it. The trick is getting above the noise in that world.”

While pursuing a writing career, Mark did not forget about his entrepreneurial side. In 2002, two years after the end of SuperSig, he founded ZeroDegrees, a professional social network. The company was battling with LinkedIn to be the first professional network of its kind, with 1 million followers of its own compared to LinkedIn’s 1.5 million.

After having trouble raising funding, they were eventually able to sell ZeroDegrees to Barry Diller from Interactive Corp, which also owns Tinder, Match.com, Hotels.com and other notable sites. Unfortunately, the site’s new owners did not want to spend a lot of money on marketing and viral marketing was not a popular concept at the time, and so the site eventually lost the battle to LinkedIn; however, the company was enough to put Mark back on the map after a long drought after SuperSig.

With three companies now under his belt, Mark worked on new books and podcasts. Then one day he received a call from Jason Calacanis to work as CTO for Mahalo.com, a “human search engine” that real people curated with links and original content. The site was backed by Sequoia, Elon Musk, Newscorp, CBS, Mark Cuban and other notable investors. Mark stayed on board for three and a half years before departing, though still retains shares in the company.

The following year, Google changed its search algorithm to Panda, which altered how links were presented in results. The change greatly affected Mahalo, which used to rank highly in results but no longer did. As a result, the company rebranded to inside.com, which is still around and thriving today.

After his run with Mahalo, Mark went back into writing mode and worked on new books. During this time, an unfortunate life event would give him his next big idea. One day Mark randomly came home at an odd time to find his partner, Heather, on the floor. She appeared to have had a stroke; she was numb and could not speak, so she was unable to call or text for help. Thankfully, it turned out to be an intense migraine and not a stroke.

Once the event was over and Heather was back to normal, Mark could not believe that there was not a solution out there for a person to press a button on a phone for help. It was then that Mark got the idea for his current venture, Guardian Circle.

Guardian Circle is a personal safety network. When in trouble, a button is pressed to send an alert — along with the type of alert and a description if you are able to — to your circle of guardians. When your guardians are notified, they will open the app to see your GPS location as well as all of the other guardians’ locations. The guardians can then chat with one another as well as the person needing assistance in your own personal Alert Room.

In addition to the medical emergency that gave Mark his idea for Guardian Circle, there are also many other scenarios where the app would be a vital service. Notably, the app may be a great solution in countries where lawlessness is a problem, where people want to help each other but are missing an open source, complex platform to do so on.

The app, along with all of Mark’s other ventures, exemplify his belief in working on projects that are meaningful to you.

“You should create a company which you love and is a reflection of you,” he explains. “For me, Guardian Circle is something that hit me when I had a personal event in my life and made me go, ‘this doesn’t exist and it should.’”

Guardian Circle is currently gearing up for launch sometime in the coming weeks. Click here to be notified when it’s ready for download.

In addition to Hover, Mark uses many tools to manage his online presence — and we’re definitely in good company! Here’s all the tools he relies on to keep his websites (and books) running smoothly: 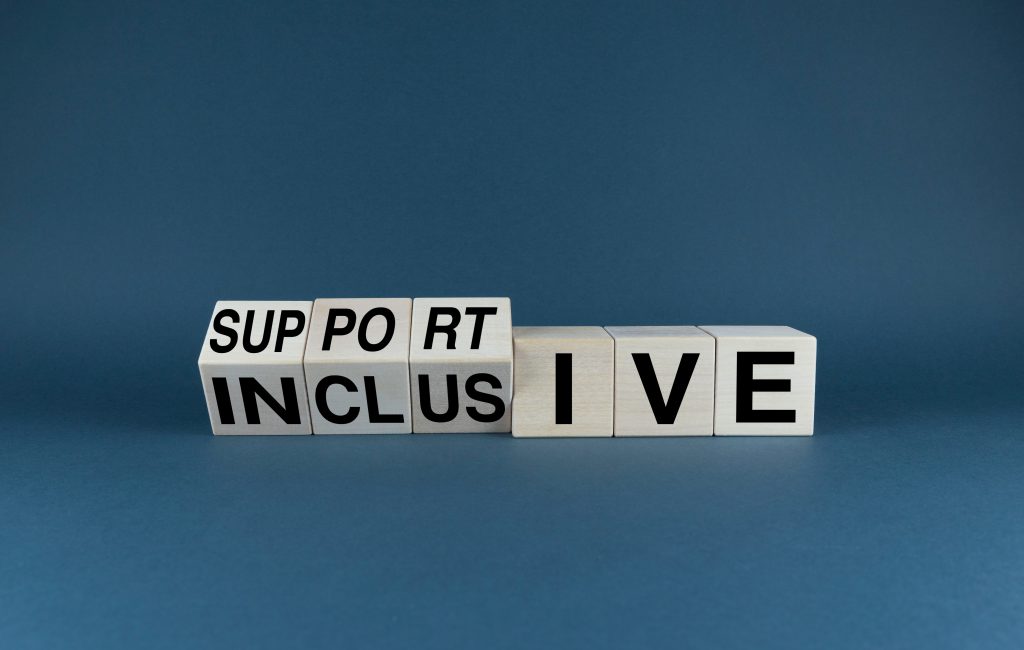