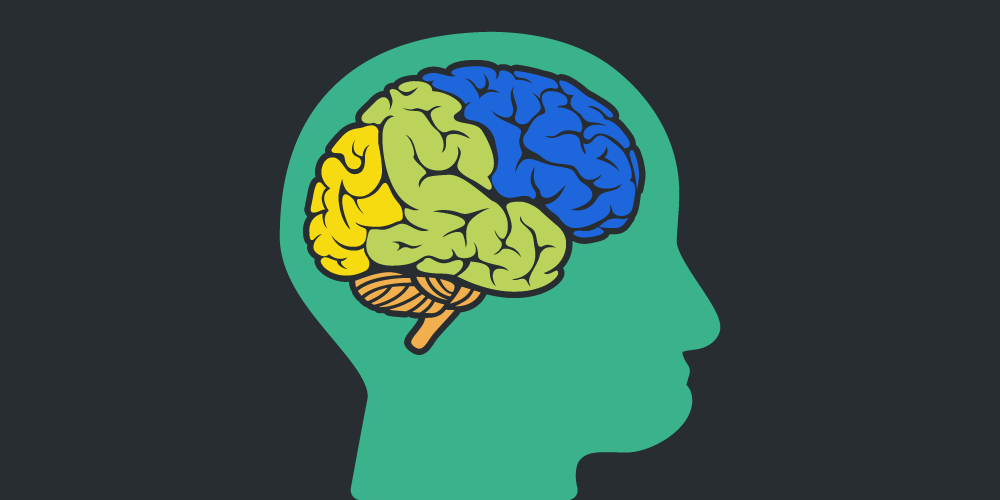 The following is a guest post by Adrienne Erin from Design Roast.

Historically speaking, the utilization of the power of color has existed for quite some time. The ancient Egyptians, Chinese, and Indians practiced what is known as chromotherapy, a method of curing diseases with the visible spectrum of electromagnetic radiation—or colors. Ancient healers would concoct ointments comprised of different colored minerals as well as plasters and paints to heal their patients.

Nowadays, with the rise of modern medicine, the healing powers of color have since fallen out of vogue. Still, modern science continues to affirm that colors do influence our emotions and even our cognitive abilities, like a screaming red room creating the feeling of anxiety or a moderately bright yellow room creating the feeling of relaxation. However, the validity this affirmation, due to lack of empirical support and common oversimplification, is somewhat debatable. Regardless, corporations are acting on the belief that color does affect a person’s psychology and are conscious of the effects something as simple as their logo or their branding could have on a potential customer.

One thing about color that is certain is that color schemes play a big role in making your website look professional. And since there’s a small chance that it will have an effect on a person’s emotional reaction or level of trust, you might as well pay attention to color, too.

Red tends to be a loud, strong color commonly associated with the emotions of anger and power or dominance. Along with this, red is often a symbol of ambition, boldness, and authority, and can therefore have a strong impact on your website’s branding.

People also associate the color red with brick walls, and in turn, security. Time Magazine’s website makes good use of this sense of authority, with a design that goes back more than a century. Following this theory, the feelings of security and consistency are complimented by red’s ability to make anything stand out on a page, regardless of what it is. This is why red is such a popular color for news sites, from CNN to the BBC to BuzzFeed.

Like red, orange has bright hues, but instead emits a feeling of warmth as opposed to urgency. It’s perfect for a site in need of positive energy and is still unique enough to make text stand out.

That positive energy is great if you are trying to sell stuff. Amazon’s site has sharp looking orange accents all over it. Orange is integrated into the logo, the search button and even the cathartic “add-to-cart” button. The site is a great example of using a color to highlight important features without overwhelming users.

At the same time, orange is not typically a color you want all over your site, unless you’re channeling your inner Nickelodeon. It’s just too loud.

All Aboard Florida, the high speed passenger rail line that plans to connect Miami to Orlando, uses yellow very subtly to highlight this optimism on their corporate website. Notice how it doesn’t overwhelm the page with yellow. Instead, it opts for the Amazon route, highlighting its logo and echoing the yellow in a composite photo that imagines the future station. It’s a great color choice, right at the junction of sunshine-seeking tourists and futuristic technology.

Green is the color of wealth. Wealth in a literal sense – money – and also the wealth of nature. Many companies use green to underscore their commitment to “going green,” or even just subtly imply that their business is good for the planet. (Even sometimes when it’s not!)

One iconic example may be sitting on your desk right now. Starbucks implies a lot with their rich green logo, a color that is subtly featured throughout their website. Your daily cup of joe is a luxury and being able to purchase a $5 coffee day in and day out shows you have got some disposable income. They put a lot of emphasis on their ethically-sourced beans, and probably also benefit from green’s connotation for health. And maybe, just maybe, if they hit you with enough green, you’ll forget about their ecologically ugly cup problem.

Blue is all about serenity—clear skies and calm seas. It also offers a feeling of security, creating an environment of relaxation and comfort. It’s no surprise then that millions of people are drawn to websites that make liberal use of blue.

Facebook has blue integrated into every facet of the site. The banner is blue. The logo is blue. Your friends’ names are blue. When you like something, the like symbol turns blue. Why is it all blue?

You guessed it… because Mark Zuckerberg is red-green colorblind!

Okay… so maybe that’s not what you were expecting. Flippant branding decisions aside, there’s no doubt that Facebook benefits from the sense of calm and security that lulls you into sharing your personal information with the social network and its many advertisers.

Purple has long been associated with royalty. This is because the dye used to make it came exclusively from small mollusks you could only get from a tiny Mediterranean region, meaning the only the royal could afford it. Nowadays, anyone can throw on a Ravens jersey and drape themselves in the once exclusive color of purple.

Despite these threats to its nobility, purple still retains a certain cachet today. Monster.com uses it well. They don’t necessarily use purple to suggest that the company is run by a bunch of royals who could pull some strings to get you a job anywhere — but it does give off the impression that this is some place you can trust.

As you can see, there’s more psychology that goes into logo creation and web design than just picking pretty colors. Your choice of colors create the environment for your customers, be it a bright red evoking the feeling of urgency or emotional neutrality with purple. Just keep in mind that your color choices reflect your company and products and should appeal to your customer base.