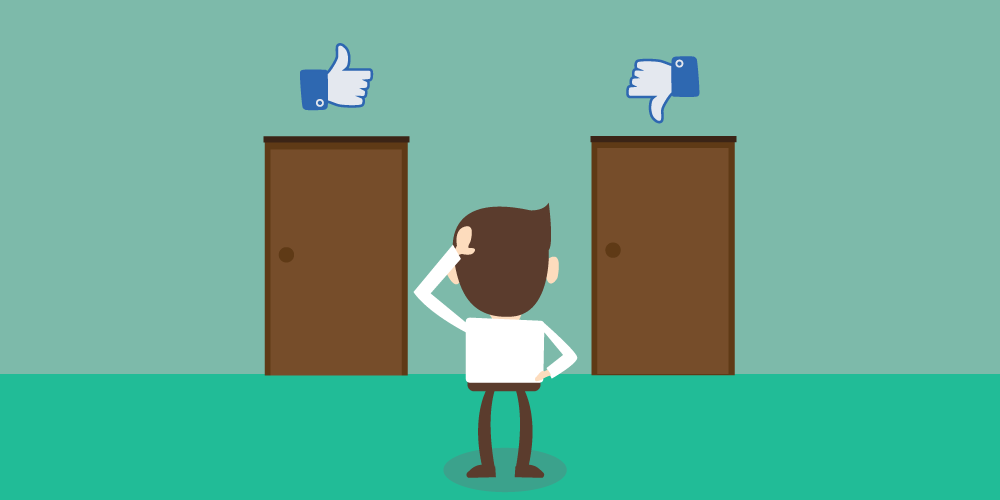 It’s the most popular social network in the world. It has a staggering 1.32 billion monthly users. It earned $2.91 billion in revenue just in the second quarter of 2014 alone. It can read your mind (not really…but sort of). But the question remains: Are people still actually using Facebook?

This question might seem a bit confusing given all of the stats just mentioned. If 1.32 billion people are logging into their accounts and performing some sort of action every month then yes, people are still using Facebook. Case closed, right? Well, not exactly… This stat is a tad bit misleading.

There are varying degrees of how we use Facebook. The 17% of the Earth’s population that logs in every month is not necessarily actively using Facebook, and that’s a big distinction. Consider the different ways that you can use Facebook: to view & post pictures, participate in meaningful discussions, send private messages, and authenticate Candy Crush to spam your friends (just to name a few).

Whether you ask people online or in-person, it’s clear that many people have grown tired of Facebook. Some are running experiments to see what happens when they do things such as like every post for 2 days. Others are quitting Facebook altogether. While these are somewhat extreme actions to take, they speak to the growing sentiment of people growing tired of Facebook and losing the initial spark that brought them to the network in the first place.

When I was in first year university back in 2005, I remember being surprised that 2 of my classmates already knew each other after meeting on something called ‘Facebook.’ After hearing the name here and there over the next few weeks, which for some reason I had the hardest time remembering (“What was that site called again? Fatebook? Facezone? Faceplace?”), I decided to finally check it out and set up a profile.

At first, Facebook was really cool. It was a great way to connect with people I was meeting at school, since it wasn’t as forward as asking for a phone number. Plus, it made it crazy easy to manage relationships with all of my friends: I could send messages, see what people got up to on the weekend and invite people to parties. Life was good for people that opted into this fun and exciting new way to connect.

When I joined Facebook, registration was limited to university students. This definitely gave it a cool factor, since the network consisted exclusively of people in roughly the same demographic. One year later, Facebook flipped the switched and allowed anyone to register. I then started getting friend requests from everyone: my boss, my younger cousins, my uncles & aunts, my parents….I then had to go through everything and maybe second-guess that video of me doing a kegstand and replace it with a picture of me reading in the library or whatever it is you’re supposed to be doing at school.

The key problem here was that it was no longer one group that I was speaking to: it was every group, all at once. This is very different from how we communicate in the real world. How often do you go out for drinks with your entire family, friends & classmates/coworkers all at the same time? These are different groups and you act differently with each one, which is completely normal. It can be very challenging interacting with every social group you’re a part of at the same time, which was why open registration made Facebook start to feel awkward.

Then, the ads started to roll in. At first they were very minimal and didn’t seem to deter from the overall experience. Over time, however, Facebook has shifted more and more towards integrating ads & promoted posts as the focal point of the experience.

I know I’m not really one to talk since I’m a marketer myself, but as a regular person logging into Facebook, the promoted content is ruining the experience for me. Ads are now so integrated into the experience that it can feel like half of what I see on my news feed is from friends and the other half are promoted posts. They might be highly relevant to me because of Facebook’s extensive data that they have about me, but they’re still ads.

Logging into my account and looking at my news feed has evolved into the following format, give or take: 40% photos, links & comments from the same small group of people that regularly post (and who I barely speak to in real life), 40% posts from brands that I follow, and 20% ads. That’s very different from my initial experience of connecting with my moderately sized group of friends when I first signed up.

As of now, I basically just use Facebook as a messaging service and event planner. That’s it. Between my use of email, text, and to a lesser extent Snapchat, it’s only a matter of time between messaging gets taken out of the equation. As for events, it still remains one of the best ways to ensure that I’ll be invited to upcoming parties & concerts.

What Do You Think?

Of course, everything that I’ve described so far is highly subjective and has 0 facts or statistics to back it up. To get a better sense of what others think, we turned to Twitter, Facebook & Google+ and asked the following question:

Do you still actively use #Facebook or have you moved on? Feedback would be great for an upcoming blog post! pic.twitter.com/5QhDvNY87V

Granted, this was not an extensive study and we only sent the question out once on each network last night, but the responses that we got spoke to the common attitudes I regularly come across. Ironically, Facebook ended up having the lowest engagement, with only one person commenting on the post (a sign that people aren’t actively using Facebook? Perhaps).

The responses that we got fell into 4 general categories:

Some people have flat-out stopped using the service. They either haven’t logged in for a while or have deleted their accounts altogether. There were a few mentions of other networks that have replaced Facebook for social media use.

@hover I’ve moved on since @Google Plus

Others would very much like to delete their accounts but can’t bring themselves to do so.

@hover Very active, patiently waiting a viable contender. Google+ bombed. Trying to like Ello, but not sure its got what it takes. — Erich Rainville (@TheBlueDog) October 9, 2014

Much like my own experience, some people use Facebook as a marketing tool for their business/projects. Whether they’re active or not, at the end of the day there’s a lot of people with Facebook accounts and there’s nothing really like it out there to effectively reach people with your message.

@hover I have been able to increase traffic significantly to one of my projects. Facebook isn’t dead. — James Duffy (@duffy0) October 9, 2014

It’s easy to hate on Facebook, but not everyone feels that way. Some responses showed that people actually still enjoy using the site.

@hover I still love use it, but 99% of the time just for DM’s. Email seems too formal, vs DM’s on Facebook seem conversational & informal — Jack Alexander (@jackalexander_) October 9, 2014

What do you think? Do you use Facebook all the time or is it time for it to go? Let us know in the comments!