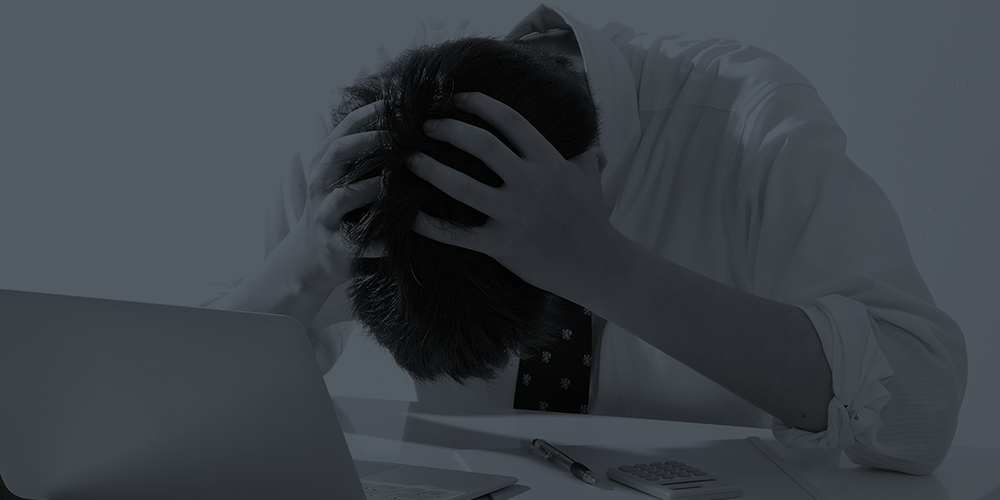 When you have a website, renewing your domain name is one of the most important things to remember to do. That’s why we at Hover send out many emails way before your domain is set to expire to make sure that you don’t forget to hold onto it. We also let you auto-renew your domain name so you don’t even have to think about it.

Despite all of our efforts, some people decide to ignore us. They’re much too busy to be bothered to renew their domain names. After all, what’s the worst that could possibly happen? It’s not like their domain name can expire and then be available for anyone to grab, right?

Well, that’s actually exactly the case. No matter who you are or what type of site you have, when your domain expires, it’s gone. If you’re lucky, you’ll quickly notice that your site is down and then buy the domain name back. Otherwise, someone might have seized the opportunity and claimed the domain name you’ve worked so hard on and do whatever they wish with it.

Letting your domain name expire is always bad news, but as these seven examples show, this can be really bad news.

From 2012 to 2014, Heinz ran their Fundorado contest where ketchup lovers could get a chance to design their own bottle label. To get more information, ketchup bottles had a QR code that entrants could scan with their phones and be taken to the contest landing page.

Not very happy with the surprise site he was taken to, Korell complained about the ordeal on Facebook, after which the story spread to various news outlets. In response, Heinz apologized and offered to let Korell create his own custom label. Not to be outdone, Fundorado (the company currently using the website) offered him a free year’s subscription to their site as well. Something tells us Korell wasn’t too interested in the new Fundorado site, though.

In the late 90s, Microsoft introduced passport.com — a single sign-on service to make online shopping simpler by using one login to manage various services. In addition to shopping, a Passport account allowed you to sign into your Hotmail account as well.

On December 24, 1999, Michael Chaney noticed that he was unable to sign into Hotmail because passport.com addresses did not exist anymore. The following day, he discovered that the site was down because they had not paid their Network Solutions bill. In other words, they didn’t renew their domain name. Definitely not a fun surprise to get on Christmas.

To help out, Chaney paid Microsoft’s $35 bill and let them know he took care of the situation. He then heard back from the company three days later and received a $500 reimbursement a few weeks later (which he then auctioned off for charity). Microsoft then breathed a sigh of relief that a generous and loyal customer discovered the flub!

After the passport.com fiasco from 1999, Microsoft decided to go ahead and do the exact same thing again in 2003! On October 23, Hotmail users trying to log in to their accounts on hotmail.co.uk were instead greeted with an expired domain page after the company again forgot to renew one of its domain names.

Thankfully, another generous user stepped up to the plate to help out by buying the domain name. He then tried repeatedly to get a hold of Microsoft by calling and emailing, however the software giant didn’t seem too eager to get their site back and ignored these messages. Only after technology website The Register contacted Microsoft almost two weeks later to see why someone else owned their domain did they take notice. The company then promptly got its domain back and has since then not let another domain name expire — looks like someone finally turned auto-renew on!

Yatra.com is one of the most popular online travel site in India. You would think that, as an online business, renewing their domain name would be something in the company’s list of priorities; evidently, someone had been ignoring their renewal alert emails.

On August 9, 2013, eager travellers heading over to yatra.com were instead greeted with a parked domain page. The site’s domain name had recently expired and no one had gotten around to renewing the domain. Thankfully, the company was able to get the domain name back within a few days without too much trouble.

When it comes to your bank, trust is the most important thing. After all, it’s your money that we’re talking about. It’s crucial to know that they’ve got everything running smoothly and being monitored at all times.

In April 2013, customers who were visiting the website for Regions Bank — which has over 1,700 branches across the Southern and Midwest United States — were instead greeted with a parked domain page.

The bank issued a statement explaining, “We are experiencing an intermittent network issue that is impacting some customers’ ability to access our web site.” What it should have said, however, was that someone didn’t think it was all too important to renew regions.com and now the bank was left without a website.

Luckily, the bank was able to purchase the domain again and got the site back up approximately 24 hours later. The domain is now set to expire in April 2023, so let’s hope they took an extra second and checked the auto-renew button.

In November 2010, the Dallas Cowboys weren’t doing too great. The team had been on a losing streak, there was talk of head coach Wade Phillips being fired, and as though things couldn’t get any worse, their entire website went down.

DallasCowboys.com, which had first been registered in 1995, had expired. Luckily, the team was able to repurchase the domain shortly thereafter, but it took around 48 hours to get the site back up. To add insult to injury, the parked domain page had a picture of people playing soccer on it. After the whole ordeal, Cowboys spokesman Brett Daniels assured fans that they had enabled auto-renew so this wouldn’t happen again.

In 2010, Foursquare was one of the hottest names in tech. The company had just finished raising $10 million in funding, putting its valuation at nearly $80 million. Though everyone seemed to be using the app to check in wherever they went, someone at Foursquare unfortunately forgot to check in to their domain registrar.

On March 25, foursquare.com expired and the website went offline. Luckily, the company was able to notice before the domain became available to the public and got their site back up shortly after.

The Open Door Baptist Church is well known for picketing events with strong messaging against various groups including those in the LGBT community. Online, one of the primary ways that they spread their message is through the website warningsofwrath.com. Unfortunately for them, auto-renew was turned off and their domain name expired.

If you happen to be responsible for any of the sites mentioned in this article, here’s a helpful article on how to auto-renew your domain name.